The delayed nature of this 2015 reflection is unfortunately an ironic metaphor for how the second half of my 2015 went… the intention good, but the execution lacking as I prioritized work and a somewhat hedonistic mix of laziness and gluttony outside the office. Truth be told, I have had an amazing year filled with incredible memories that will last a lifetime, but I feel as though my personal development stalled somewhat, and in 2016 I vow to get back on track with some challenging goals that will push me to the limits (keep reading to find out!).

But I think it important to reflect on 2015 as a whole, to acknowledge my successes and failures in equal measure, and draw lessons from them. This is my “almanac”, and here we go with volume #2:

From an objective view, graduating college and making a good start to my career at J.P. Morgan would probably qualify as the two biggest accomplishments I achieved in 2015, but in all honesty they were minimum expectations of mine that I can now check off the list. It’s funny to see how my work style has evolved from college to the office – I now take a lot more pride in the finished project, and have actually surprised myself with the professionalism of my work (at least, I think so), but I still suffer from the same procrastination issues and have a hard time working proactively on a piece of work with no immediate or no set deadline. Either way, I am satisfied with my start and look forward to working #HarderBetterFasterStronger in 2016. 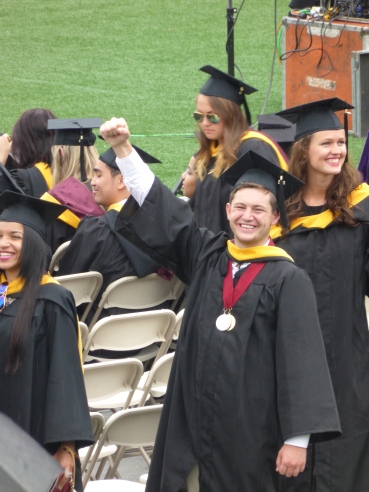 Regarding Fordham, the highlight of my 2015 was not “walking” at graduation, but rather winning the Fordham Business Ethics Case Competition and subsequently competing (and winning) at the International Business Ethics Case Competition in New Orleans. The reason this was special is threefold: first of all, I was so happy to be able to work on a passion project with Lauren, Gabi and KC; secondly, the topic was something that genuinely interested me, and if you are interested in Self-Driving Cars I think you’d be interested in our presentation, too; finally, it was in New Orleans!!! My first jaunt to the capital of creole did not disappoint, and I can’t wait to go back for some more beignets, jazz and Hurricanes from Pat O’Briens!

Aside from these two “obvious” accomplishments, my favourite successes were my half marathon run and the blog posts I produced over the summer. Interestingly, the two things that made me happiest were both side projects that I said in my 2014 reflection I wanted to improve upon (note to self: side projects are great). The half marathon run was a challenge given the timing (February 21st, in the middle of a brutal winter), but ultimately incredibly rewarding as I crossed the finish line with my brother in 1 hour, 57 minutes. My blogging success took on a different guise than I had envisioned – I was hoping to write more often than I ultimately did, but instead the success came through the improved quality of the posts. This was reflected anecdotally, with people going out of their way to tell me how much they enjoyed my writing, and also objectively, with much improved traffic and even a front-page cameo on Hacker News for my post on co-living! I feel like I truly progressed as a writer in 2015, mixing analytical pieces with more personal contemplations, and I plan to take that to the next level in 2016.

There were two areas of my life that unfortunately were submerged under waves of work and laziness, (not to mention waves of craft beers and mouth-watering meals) in 2015: namely following through on side projects, and keeping control of my weight. Unfortunately I have a tendency to put off things that don’t have a pressing deadline (see above in regard to work); as a result, the things that matter the most to my long-term happiness are often put aside in favor of an extra 30 minutes in bed, a mid-afternoon coffee and pastry, or a third craft beer to celebrate the start of the weekend. I didn’t blog as much as I’d have liked in 2015, and other side projects (dinner parties, Williamsburg bridge walking tours, brewing my own beer) never made it off the ground. Not only that, but my weight has slowly but steadily increased and I don’t like it. Today I weigh 185 pounds, probably 15 pounds heavier than I’d like to be. I acknowledge that it is easy for me to fool myself into thinking I’m doing well if I do 2 or 3 weeks exercise consistently, so by documenting my current weight here I will be able to compare like-for-like a year from now. In 2016 I will make every effort to right the ship and point it on course for long-term happiness (cheesy, I know but I had to tie the metaphor together somehow :) )

It would have been an epic feat if I had managed to topple last year’s travel haul, but nevertheless I managed to hop on a plane for 5 very different adventures in 2015: New Orleans, Puerto Rico, Guatemala, a Californian road trip and a couple of long weekends in the Florida. It is actually crazy to think about how different these types of trips were: a college ethics competition, Spring break with 9 friends, an Easter backpacking with KC’s brother and sister, a 5-Star road trip with the fam, and a couple of trips to our home away from home in the Keys. 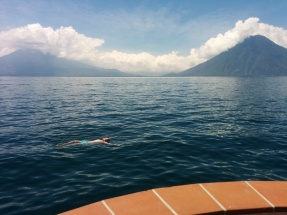 So what are the goals going to be for 2016? What do I have to look forward to?

Wishing all of you a productive, positive 2016.

One thought on “A (Belated) Year in Review: 2015, The One Where I Graduated and Started Work”